This post provides detailed analysis for CVE-2019-8014 which was fixed in Adobe Acrobat Reader / Pro DC recently. Interestingly, it’s a patch bypass of CVE-2013-2729 which was six years ago. This post also discusses how to exploit the vulnerability.

Adobe released security updates for Adobe Acrobat and Reader in APSB19-41 in August. As usual, lots of vulnerabilities were fixed in the updates. When I was reviewing the corresponding advisories on ZDI , my attention was attracted by one of them: ZDI-19-725 / CVE-2019-8014 . Following text is the title and description of this case:

The specific flaw exists within the parsing of run length encoding in BMP images. The issue results from the lack of proper validation of the length of user-supplied data prior to copying it to a fixed-length, heap-based buffer. An attacker can leverage this vulnerability to execute code in the context of the current process.

What surprised me most is that the flaw exists within the parsing of run length encoding in BMP images because I remembered that six years ago a similar case CVE-2013-2729 was fixed in Adobe Reader. If you have the same wondering that what’s the relationship between CVE-2013-2729 and CVE-2019-8014, then let me reveal the truth for you.

Before diving deep into the details of the vulnerability, let’s set up the debugging environment first. According to APSB19-41 , 2019.012.20035 and earlier versions of Adobe Acrobat and Reader on Windows were affected, and the released version was 2019.012.20036 . We’ll carry out our analysis on these two versions.

Please remember to disconnect the Internet or disable the Adobe Acrobat Update Service , otherwise your Adobe Acrobat Reader DC will be updated automatically.

Again, before diving deep into the details of the vulnerability, let’s learn some essential concepts of bitmap images. You can skip this section if you’re already familiar with it.

Generally speaking, a bitmap image is composed of four parts:

The BITMAPFILEHEADER structure contains information about the type, size, and layout of the bitmap file. Following is the definition of this structure:

The BITMAPINFOHEADER) structure contains information about the dimensions and color format of the bitmap file. Following is the definition of this structure:

The value of biCompression represents the compression method of the bitmap. Following are some of the possible values of it:

The RGBQUAD structure describes a color consisting of relative intensities of red, green, and blue. Following is the definition of this structure:

The elements of the RGBQUAD array make up the color table. The number of entries in the array depends on the values of the biBitCount and biClrUsed members of the BITMAPINFOHEADER structure.

One thing should be noted is that usually pixels are stored “bottom-up”, starting in the lower left corner, going from left to right, and then row by row from the bottom to the top of the image [wikipedia)].

Two types of run length encoding methods can be used in bitmap files: RLE4 and RLE8 .

The RLE8 compression algorithm is used to compress an 8-bit bitmap. This format specifies encoded and absolute modes, and either mode can occur anywhere in a given bitmap.

When a delta is specified, the 2 bytes following the escape value contain unsigned values indicating the horizontal and vertical offsets of the next pixel relative to the current position.

The following example shows the hexadecimal contents of an 8-bit compressed bitmap:

The bitmap expands as follows (two-digit values represent a color index for a single pixel):

The RLE4 compression algorithm is used to compress a 4-bit bitmap. This format specifies encoded and absolute modes, and either mode can occur anywhere in a given bitmap.

Encoded mode involves two bytes. If the first byte of a pair is greater than zero, it specifies the number of consecutive pixels to be drawn using the two color indexes that are contained in the high-order and low-order bits of the second byte.

When a delta is specified, the 2 bytes following the escape value contain unsigned values indicating the horizontal and vertical offsets of the next pixel relative to the current position.

The following example shows the hexadecimal contents of a 4-bit compressed bitmap:

The bitmap expands as follows:

According to the advisory on ZDI’s website, we know that the flaw exists within the AcroForm module. It’s the forms plug-in of Adobe Acrobat Reader DC and is responsible for parsing XFA forms . Following is the path of binary file of this plug-in:

Generally speaking, when doing patch analysis we may want to use BinDiff to help identify the changed functions between the old and new versions of the binary file. But it won’t be easy to find the target one if too many functions were changed. And that’s the case of AcroForm.api . Here we’ll use some trivial tricks to identify the related functions.

The result of BinDiff shows that some basic blocks were changed in function sub_20CF3E5F . Let’s take the basic block which begins at 20CF440F as an example to show the difference.

It’s obvious that the code was changed to prevent integer overflow circumstances.

Following pseudo code, which was extracted from function sub_20CF3E5F , was responsible for parsing the RLE8 compressed data.

Based on previous patch analysis, it’s obvious that integer overflow can be triggered in the following if statement.

The flaw exists within the arithmetic computation of (unsigned __int8)cmd + xpos . Here the value of both variables can be controlled by the attacker. And Out-Of-Bounds write can be triggered when decompressing RLE8 compressed data.

Following pseudo code, which was also extracted from function sub_20CF3E5F , was responsible for parsing the RLE4 compressed data. The decoding process was almost the same, but it’s a little more complicated than RLE8 since the data unit was not a byte.

Integer overflow can be triggered in two spots, one exists within the handling of compressed data:

Another one exists within the handling of uncompressed data:

Three integer overflows were found within the function. Here we’ll choose the one within the handling of RLE8 data. It’s more exploit friendly than the others.

In terms of RLE4 data decoding, the value of xpos will be divided by 2 when putting data into the scan line. The maximum offset value for the scan line is 0xFFFFFFFF / 2 = 0x7FFFFFFF , it means that we can only write forward and the address we are trying to write is probably out of our control.

For RLE8 data decoding, the offset value for the scan line is xpos itself, thus we can write backward and the distance can be controlled. In the following if statement, the maximum value of (unsigned __int8)cmd is 0xFF . And to bypass the check, the minimum value of xpos is 0xFFFFFF01 which should be -255 in signed int form. In other words, we can write backward as large as 0xFF bytes.

However, the interval we’re trying to write can only be filled with the same value. This will cause some problems when writing exploit, it will be explained later.

Adobe Reader uses SpiderMonkey as its JavaScript engine. Before writing the exploit, let’s learn some essential knowledge of the SpiderMonkey engine.

When the value of byteLength is greater than 0x68 , the backing store of the ArrayBuffer object will be allocated from system heap (through ucrtbase!calloc), otherwise it will be allocated from SpiderMonkey’s tenured heap . Also, when allocating from system heap, the underlying heap buffer will be 0x10 bytes larger to store the ObjectElements object.

When executing the above JavaScript code in Adobe Reader, the backing store of the ArrayBuffer object will be looked like this:

If we can change the value of the byteLength of ArrayBuffer , then we can achieve Out-Of-Bounds access. But be careful with the pointer of the associated DataView object, it can only be 0 or a valid DataView pointer, the process may crash immediately if we change it to some other values.

When executing the above JavaScript code in Adobe Reader, the underlying storage buffer of the Array object will be looked like this:

If we can change the values of capacity and length , we can only achieve Out-Of-Bounds write, and the space after the original initialized elements and before the Out-Of-Bounds wrote elements will be filled with 00000000 ffffff84 . That’s some kind of meaningless.

It’s not a good idea to change initializedLength to a large value. This may lead to crash when scanning the array elements during GC. We’ll probably encounter inaccessible memory page and crash the process.

For DataView object, the elements member will point to emptyElementsHeader which can be used to leak the base address of the JavaScript engine module.

Following python code can be used to generate a RLE compressed bitmap image.

Here we’ll generate a RLE8 bitmap with the following parameters:

Here the size of the heap buffer will be 0xF0 and we will be able to write 0xF4 bytes backward with value 0x10 .

This section explains how to embed the generated BMP image into a PDF file. Following is the PDF template that will be used later.

The size of the generated BMP file will be larger than 60MB. And it will be encoded in base64 and embedded within 6 0 obj of the PDF file. To reduce the file size, this object will be compressed using the zlib/deflate compression method.

Following python code can be used to generate the PDF file.

In this case, ArrayBuffer is more suitable for exploiting the vulnerability.

Then we trigger the vulnerability, and the heap buffer of the bitmap will be placed in one of the holes.

Since we are able to write 0xF4 bytes backward with value 0x10 . The backing store of the ArrayBuffer will be filled with 0x10 .

Now the byteLength of the ArrayBuffer object has been changed to 0x10101010 and we can achieve Out-Of-Bounds access now. So far so good? The fact is that the process will crash immediately since we also changed the DataView pointer.

We can avoid the crash if we can make 0x10101010 acts like a valid pointer. Obviously, we should arrange the memory layout before triggering the vulnerability. To make it more stable, it should be done even before we create and free the ArrayBuffer objects.

We need the ability to put any value at any memory address, such as 0x10101010 . To achieve this goal, we can create lots of ArrayBuffer objects with byteLength setting to 0xFFE8 . That’s a carefully selected size to make sure that the ArrayBuffer objects will be allocated at predictable addresses.

It’s not done yet. The process still crashes when we try to create a new DataView object for it. We can avoid the crash using the same tricks. Following is the improved code.

Now we have the ability to read and write any memory address within the user space.

Once we have the global access ability, we can search backward to calculate the base address of the ArrayBuffer object’s backing store buffer, thus we can read and write at any given absolute memory address.

We can search two flags, ffeeffee or f0e0d0c0 , to calculate the base address. To make it more accurate, the bytes around the flag value also need to be verified.

Once we can read and write at any given absolute memory address, it’s very easy to achieve code execution. Following are the remaining steps that will not be discussed in this post:

Three integer overflows were found within the handling of RLE compressed data, one in RLE8 decompression and the other two in RLE4 decompression.

Why shouldn’t we found four? Because another one have been patched six years ago. You can read feliam’s write up for CVE-2013-2729 if you haven’t read it yet.

Also, the patch for CVE-2013-2729 can be found within the handling of RLE8 compressed data.

It’s astonishing that Adobe only patched the case that was reported and ignored the other three.

For product developers, please try to understand the root cause of the vulnerability and eliminate similar ones as much as you can.

For security researchers, patch analysis is a good way to figure out what the developers were thinking, and maybe you can find bypass solutions (this happens sometimes). 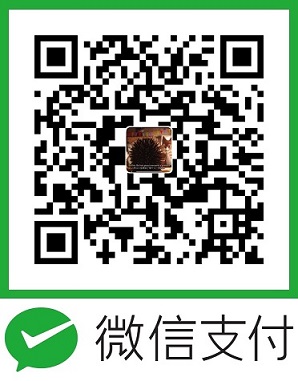